During Surviving Pangea in Helsinki I have:

Crashed at amazing houses, stayed at awesome friend´s apartments, slept in the streets, been fed by people I know and I don’t know, stolen food, sneaked in hotels to eat at the buffet, seriously starved, gotten wasted, met random and crazy people, spent the night with weird but good human beings, been under awkward situations, been very happy and excited, been sad, exasperated and frustrated, been totally broke, annoyed a lot of people, treated like shit, made cool friends, laughed non-stop, been lost around the city, frozen to death, tricked people, been tricked, been amazed by Finnish culture, obsessed, avoided the police, run as fast as I could, exhibited at wonderful places, seen more than a few elders act like drunken zombies falling and rolling all over the floor, searched for wi-fi like a beast, tasted the fear of losing everything, been more than happy about this project and sometimes tired and willing to give up, questioned myself, found the real me, faced fears and defeated phobias, solved some serious problems, learned how to be alone, lived missing someone like she´s dead, etc. I have been mostly drawing LIKE A MANIAC. 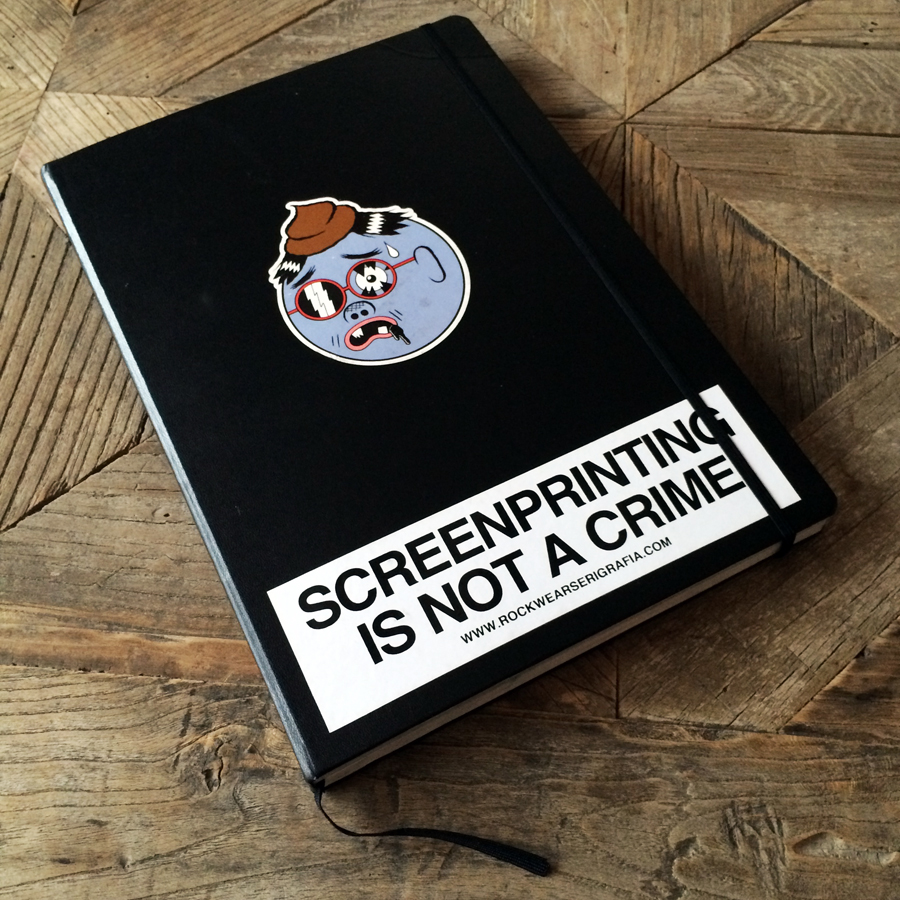 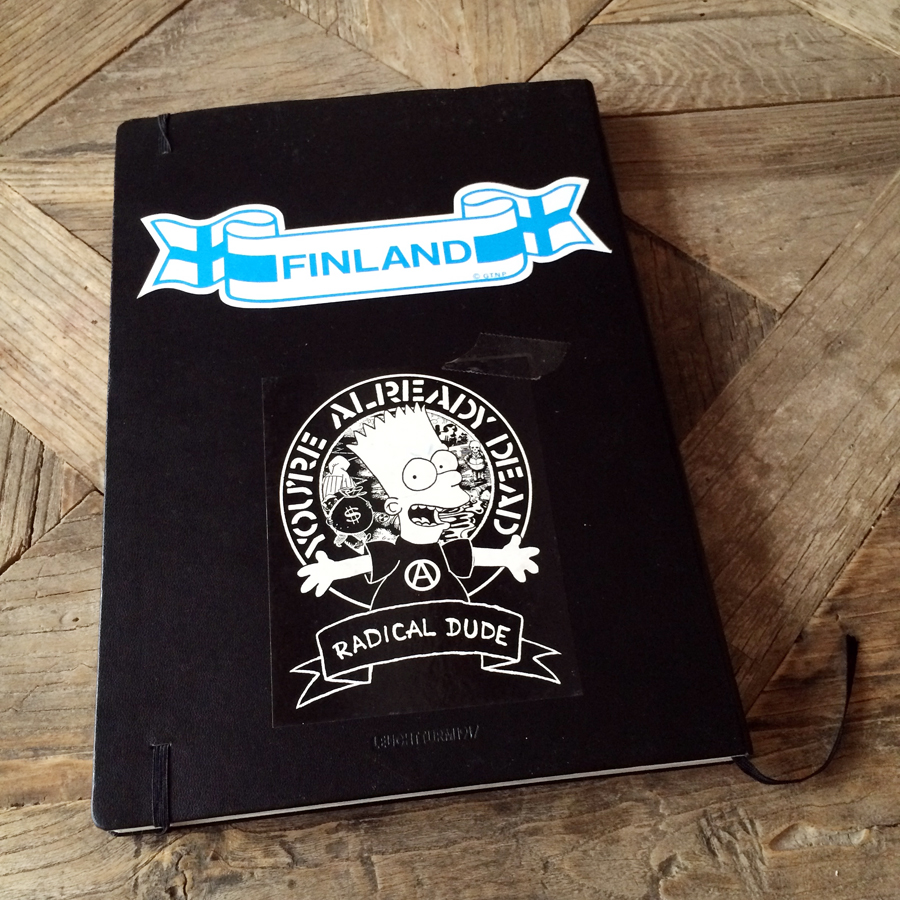 THIS BOOK IS SOLD OUT!

examples of sketches and doodles featured inside the book 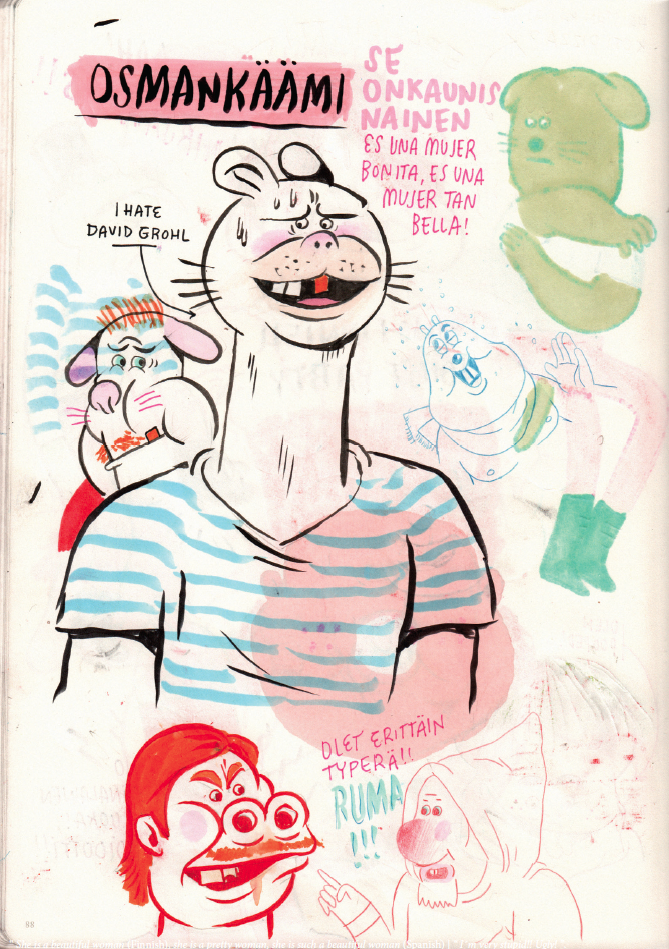 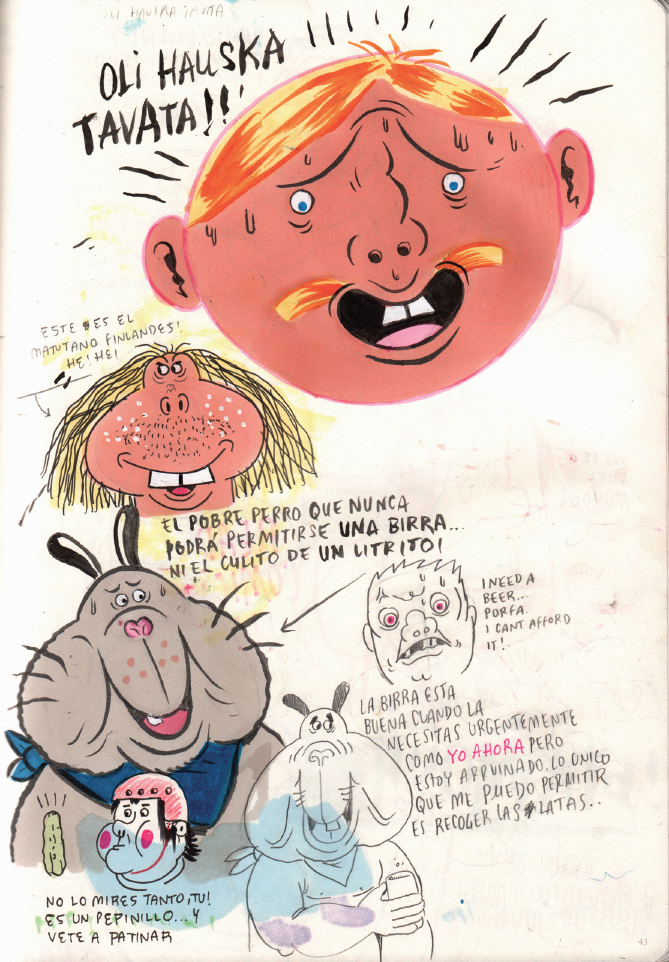 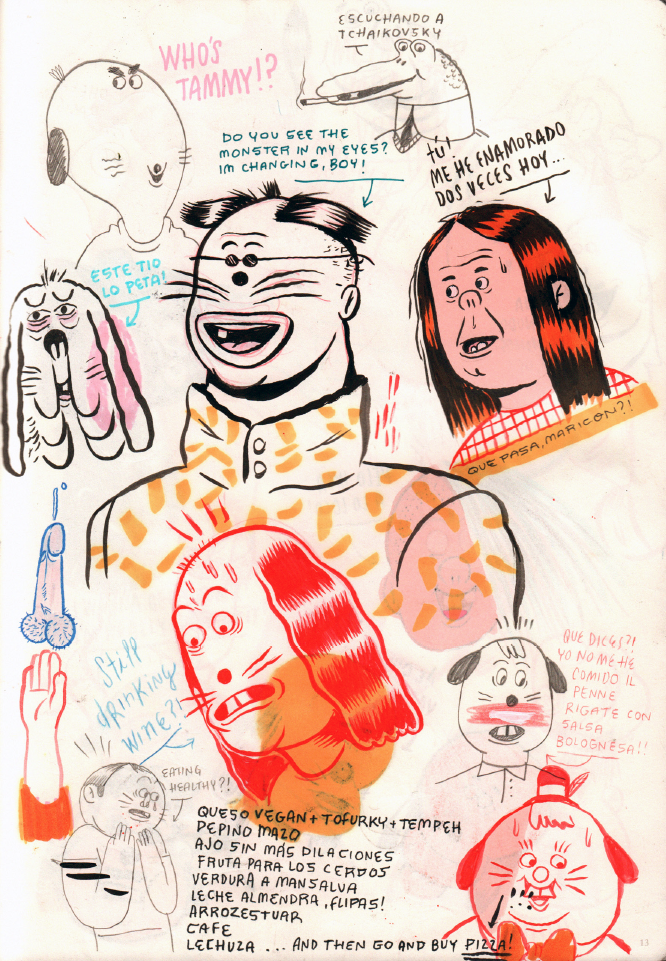 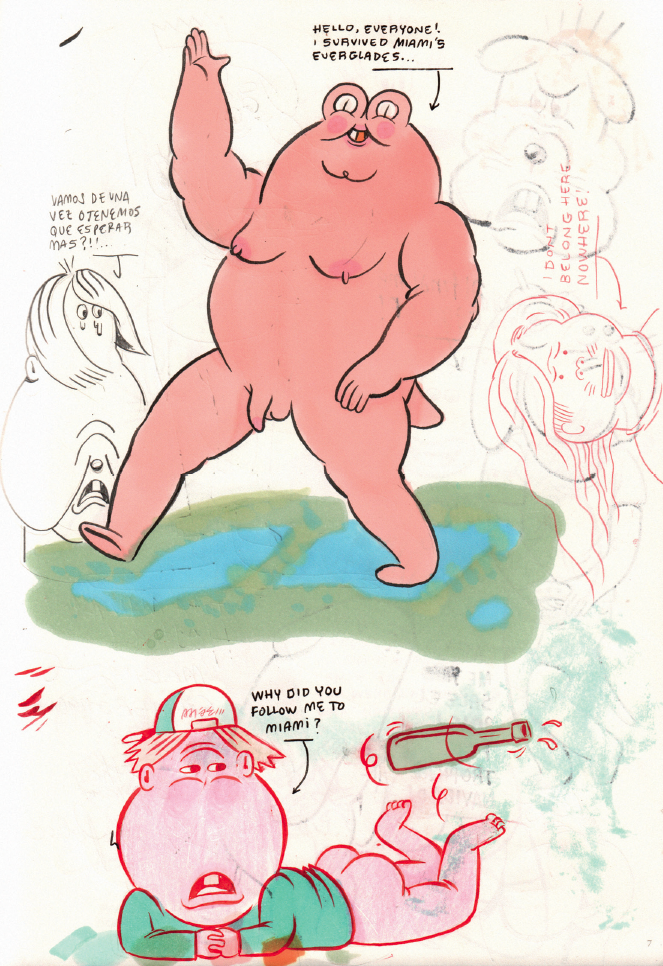 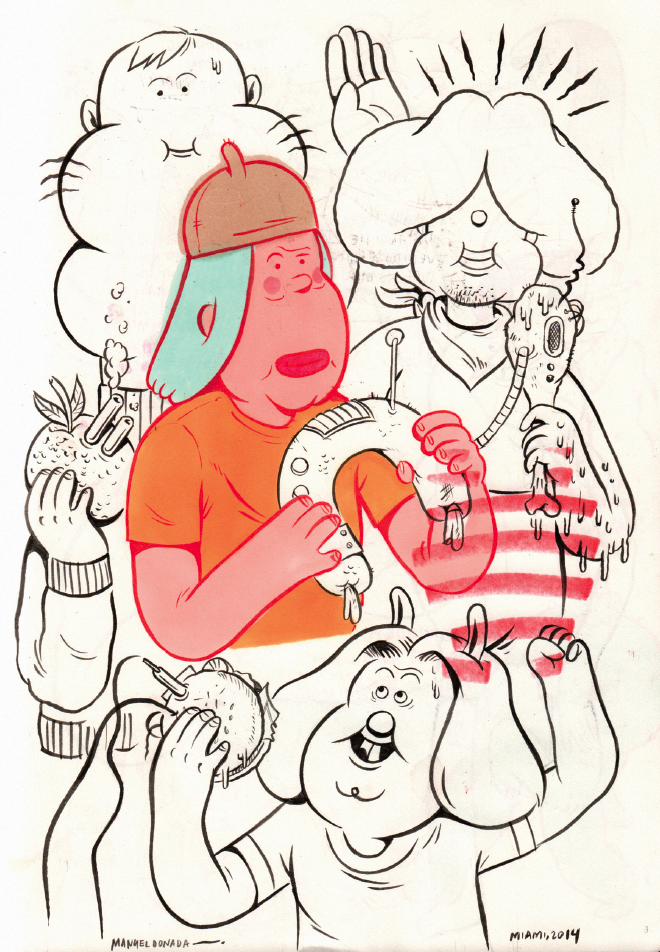 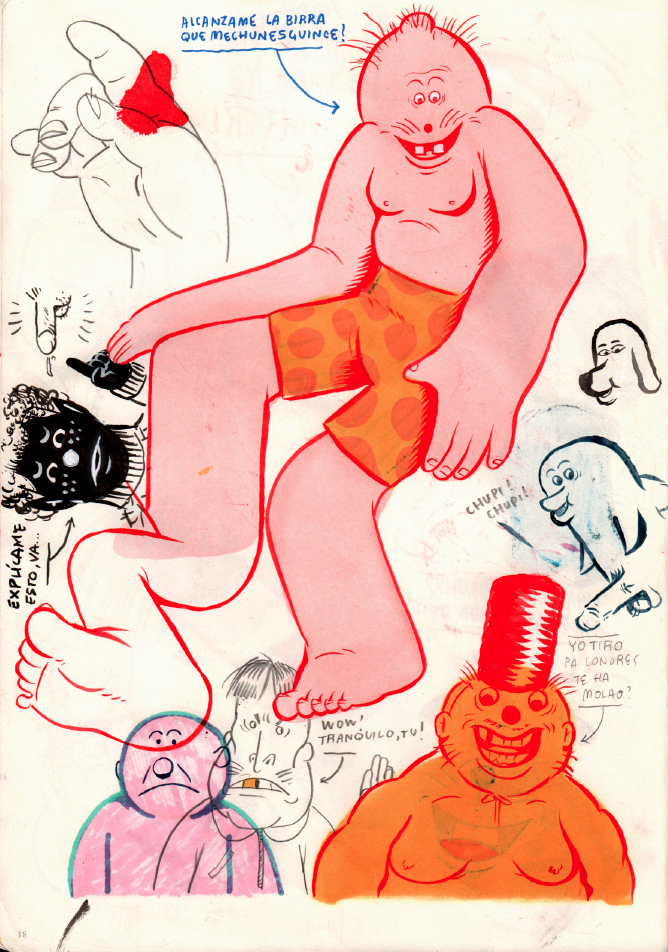 some random images of hell-sinki´s adventure 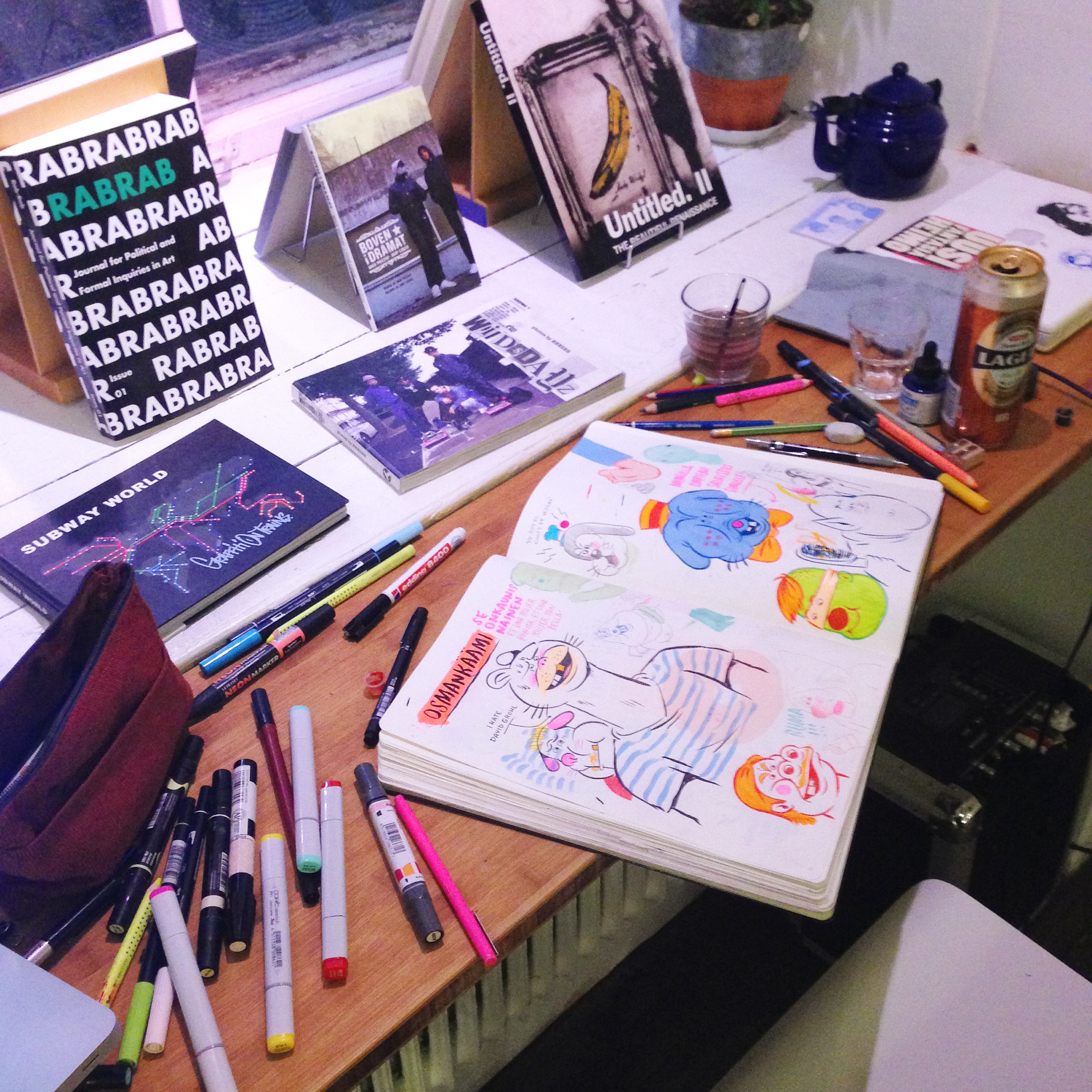 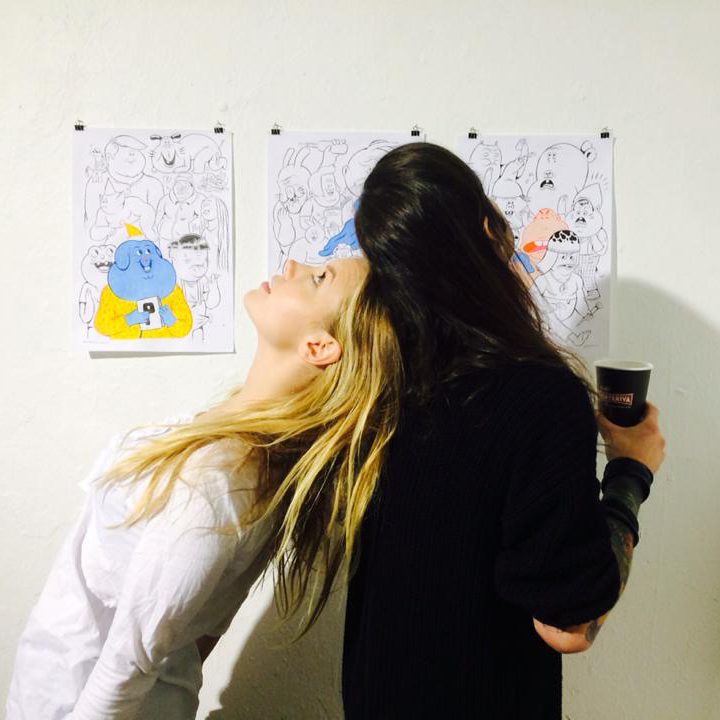 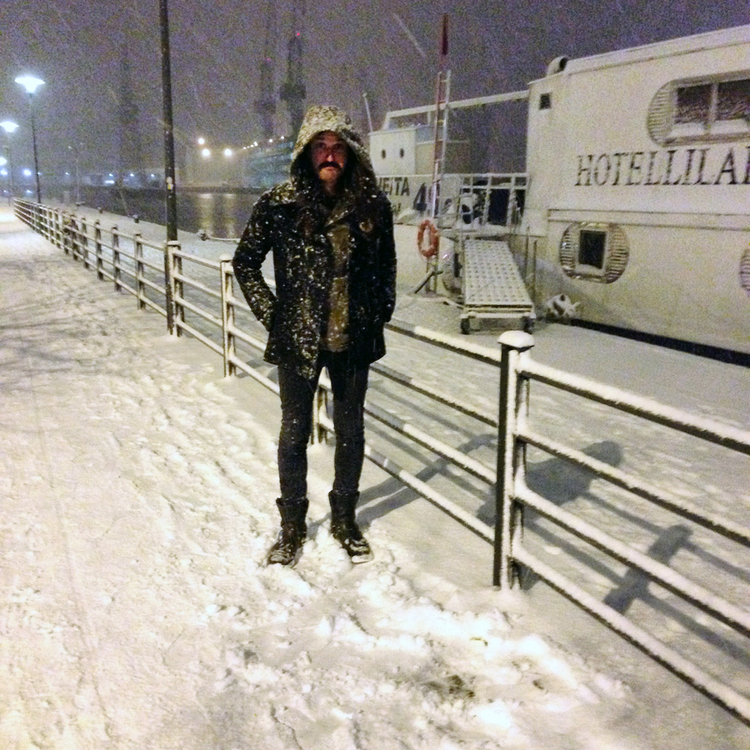 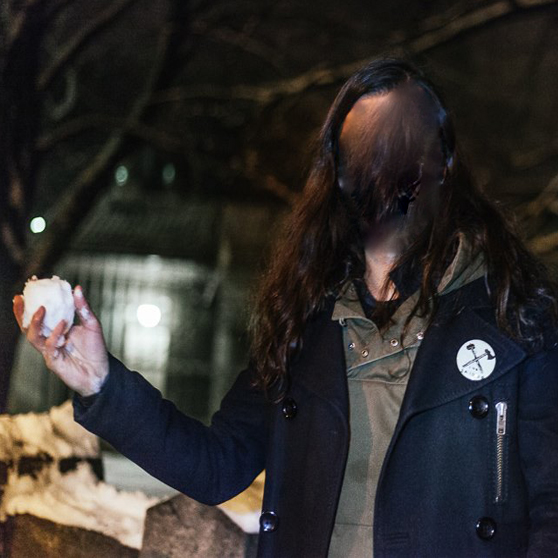